Show all categories Touch dimmer Back 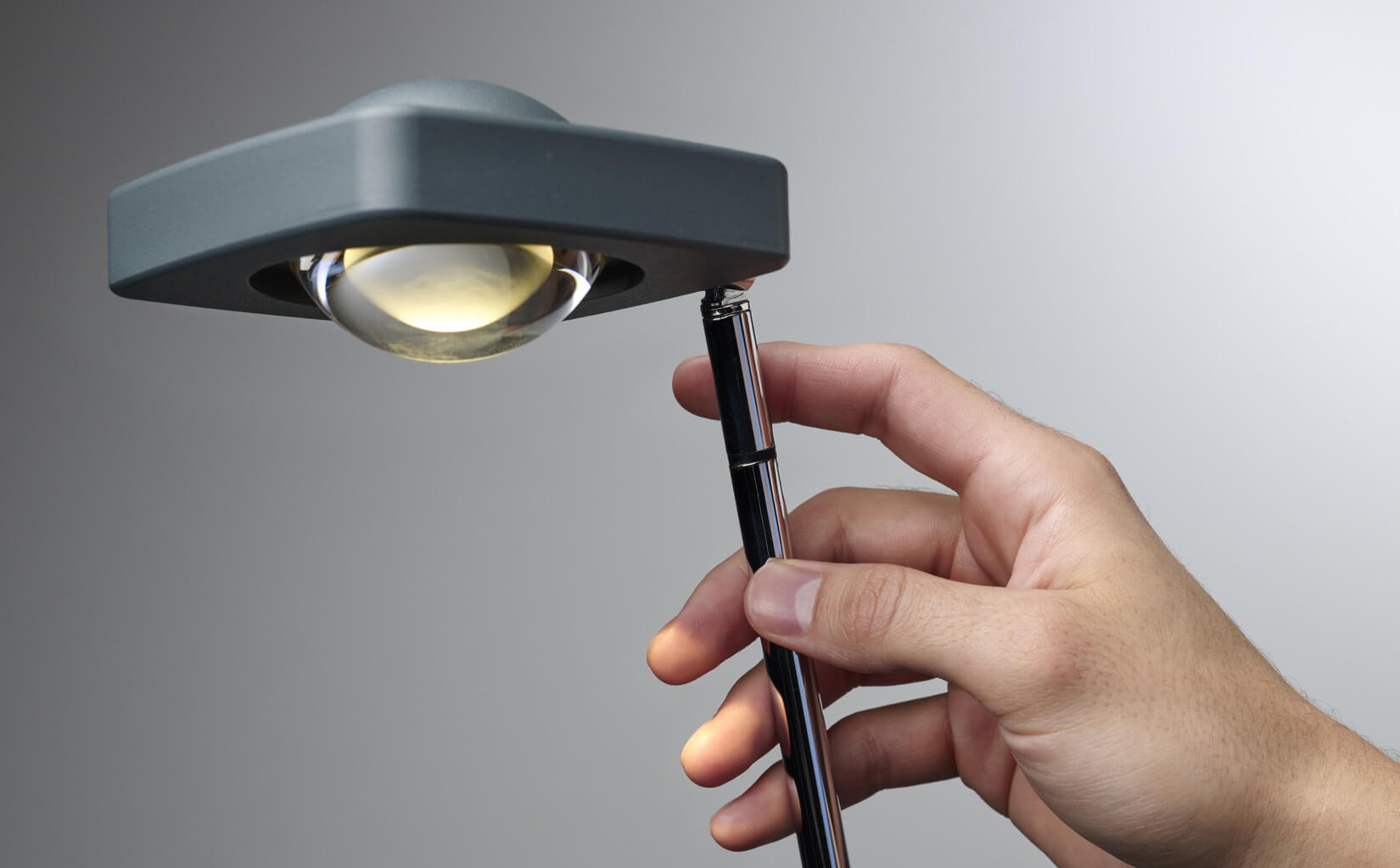 Another intuitive luminaire control feature is the touch dimmer. You can regulate luminaire brightness by simply touching the fitting.

Touch briefly to switch on and off, or for longer to dim. Minimal potential differences between the luminaire and the user trigger a switch cycle in the integrated electronics system.

A microprocessor with special software evaluates the length of contact and adjusts the brightness accordingly. Not only can this feature replace additional wall dimmer switches - for example with pendant luminaires - you don't even need to get up to change the brightness.

Functional cookies are absolutely necessary for the functionality of the web shop. These cookies assign a unique random ID to your browser so that your unhindered shopping experience can be guaranteed over several page views.

These cookies are used for statistics and shop performance metrics.